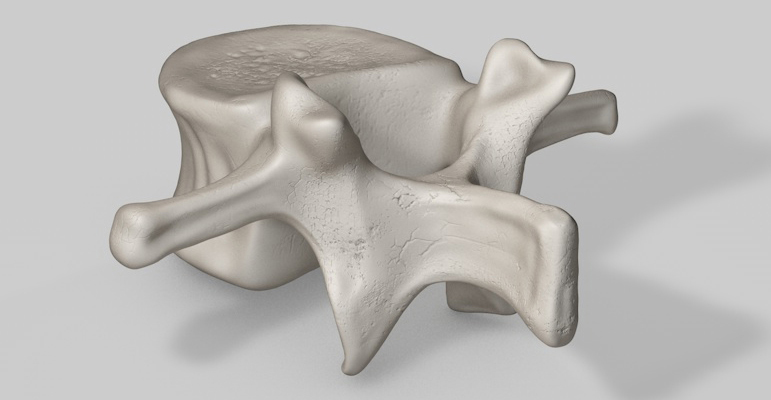 “Ernie, we’ve got a guy here in the emergency room who was shot in the neck. He’s moving all four extremities but I’ll swear, the x-rays look like the bullet is inside his spinal canal. He’s drunk and thrashing about and I’m afraid he’s going to do himself some damage.” Your basic middle of the night call from the ER. “OK, try and hold him still and I’ll be right there.” So with that, I get dressed and drive to the hospital and go to the ER.

Here was a middle-aged, unkempt, moderately large white male, truly moving all four extremities, lying on the x-ray table with two orderlies trying to hold him down. The x-rays were somewhat indistinct owing to the fellow’s lack of cooperation but, sure enough, there appeared to be a bullet inside the spinal canal in his neck at about the C-5 C-6 level. My examination, such as could be done with no cooperation on the part of the victim confirmed, so far as could be told, that he was neurologically intact. Again, lack of cooperation more or less ruled against a detailed sensory examination but he was certainly intact from a motor standpoint.

With a foreign body in the spinal canal, there was a clear indication for surgical intervention so I called the OR, explained the problem and asked for the Anesthesiologist to come over and give me a hand. I needed to have better x-rays and to do so the patient needed to be sedated. Furthermore, I couldn’t tell whether his neck was stable, which is to say whether or not the missile had done enough bony damage so that he was in danger of having excessive movement of the bones in his neck and doing damage to his spinal cord. From a practical standpoint with all of the thrashing about he was doing, he had probably already answered that question. Nonetheless, I thought it was appropriate to place him in “tongs.” “Tongs” are a device somewhat similar to the old-fashioned ice tongs that were once used to lift large blocks of ice. From a neurosurgical standpoint, they are affixed to the sides of the skull after first shaving and prepping the area and then a cord is attached to which a certain amount of weight is then affixed. The idea is to hold the neck in a relatively straight and stable position.

My friend Tom Robinson, the anesthesiologist arrived and I explained the situation to him and he gave the man some IV sedation which had a nice effect on his energetic attempts to get up and leave! This having been done I asked the nurses if the patient had any family present and was told that he did and that they were in the x-ray department waiting room. Here I found the three men and a woman. The woman was noticeably very sheepishly sitting away from the others. The oldest of the three stepped up and introduced himself as the patient’s father. I suppose he was in his late 60s, large, full beard, wearing a heavy wool plaid coat. The other two, the father told me where the patient’s brothers, also very large men, heavy set and at least one of them had a suspicious looking bulge beneath his coat over the left side of his chest. There was a distinct odor of alcohol about the two brothers. I couldn’t say about the father. The father, aided by the two brothers and with no encouragement from me quickly related that his son had been shot in the parking lot of the VFW in Dahlonega, Georgia. Dahlonega is a small town north of Atlanta and aside from there being a small college there, its main claim to fame was that it was the site of the “gold rush” in Georgia and the gold leaf that adorns the capitol dome came from that area. It is the site of the line “there’s gold in them thar hills” from Edgar Allan Poe’s story “The Gold Bug”.

I explained to the father and the two brothers the need for the patient’s being placed in tongs, obtained the father’s permission and told them he would also need to go to surgery and I would explain that once I had stabilized the man’s neck. So, I went back into the x-ray room where the patient was still on the x-ray table and with Tom’s assistance providing a little more sedation and the orderlies standing by shaved an area on either side of my patient’s head, applied a local anesthetic and positioned the tongs. This having been done we placed him on a Stryker frame, a special bed used for patients in tongs. A cord was attached to the tongs, passed over a pulley and a weight attached. Now we obtained better x-rays. Sure enough, the bullet appeared to be dead center in the spinal canal. Now I have to say, if the person who did the shooting had shot this man repeatedly for the rest of his life I don’t believe he could have accomplished what he had accomplished in this instance. The spinal cord is rather large in the mid-cervical area due to the abundance of motor neurons present and also due to the fact that all of the nerve fibers from below and going to below lie there. What I was seeing looked impossible, yet there it was. The main problem seemed to be to keep the man still enough to not do damage to himself before I could get him to the OR and remove the bullet. This episode was beginning to take on some of the features of the Old West with Doc Adams of Gun Smoke removing a bullet.

Our patient was beginning to stir about so Tom and I and the two orderlies rolled him out into the corridor of the x-ray department to talk to him, assuming in his condition he could understand, and to his family about the proposed surgery. I noticed the woman, whose relationship to the others hadn’t been explained to me (and I hadn’t asked) was still sitting in a corner, arms folded over her chest, head bowed and trembling. I walked over to the father and the two brothers came to his side, the woman kept her distance. “I need to take your son to the operating room. He has a bullet in the spinal canal pressing against his spinal cord, but so far as I can tell at this moment it hasn’t done any damage to his spinal cord. If it remains in place it is a potential site of infection and could yet damage his spinal cord and paralyze him. Also, if it should move or displace, it could damage his spinal cord. Possibly due to my explanation and from the diminishing effects of the sedation Tom had given, our patient was beginning to wake up and let it be known in no uncertain terms, “Let me up and I’ll kill that son of a bitch!!” I assumed he was referring to his assailant. I asked Tom if he would give him a little more sedation as it seemed that he probably had a high tolerance to the medication…I reckoned his tolerance was derived from a not inconsiderable routine alcohol intake.

The father waited patiently as I explained the problem and the necessary surgery. He then offered, “Doctor, the whole problem started with that Jezebel sitting over there in the corner.” With that, all three turned and glared at the poor wretch trembling in the corner of the waiting room. It occurred to me to wonder how all four had come to the hospital from Dahlonega and if they had been present at the shoot-out? The father then went on to say that he was a minister and before I took his son to the operating room he wanted us all to kneel and pray. I have to say, this was a new experience for me and I was at a loss for words. Tom, however, leaned over and whispered very, very softly, “Ernie, I think we better do as he says. I think the other two may be packing!” Judging by the obvious bulge on the left side of the chest of one of the brothers and the loose fitting coat of the other which I believed could conceal almost anything, I thought the odds were that Tom was right.

“Let’s all kneel,” said the preacher with the two brothers looking menacingly at us, and Tom and I and the two brothers, two orderlies and the Jezebel all complied. Said the preacher, “Lord we’re calling on you to guide this fine doctor’s hand. Let it be steady. Let it not slip. (Oh, Lord, I thought. What would be the consequences of that?) Let not one single thought of this foul Jezebel who has brought this misfortune down on my boy’s head come into this man’s mind. She will be dealt with, Lord. For now, let this man’s hand be rock steady as he goes about the task of saving my boy’s life. Amen!” “Amens” came from both brothers and we stood. My prayer had been that no one would walk into the x-ray department and see this scene. At least that prayer was answered although with the two orderlies present I was sure this adventure would soon be spread throughout the hospital. One of the brothers stepped over to me and asked, “Doc, how much does an operation like this cost?” Before I could answer Tom said, “Just a minute,” and pulled me aside. “Ernie, for God sake, don’t tell him. I think they are on the way to knock over a 7/11 store!”

I went back and in my most diplomatic fashion said, “You know, I can’t answer that right now as it depends on what all we have to do. The most important thing now is to get that bullet out and we’ll worry about the rest of it later.” That seemed to satisfy him. At least for the moment.

So, we took the victim to the operating room, where Tom gave him a general anesthetic and we carefully rolled him onto the operating table with the tongs and traction intact. I prepped his neck, made my incision and carried the dissection down to the spinous processes of C5-C- 6. I was pleased to see that the bony structure seemed stable and that basically the bullet, which turned out to be of .32 caliber had passed between the laminae of those two vertebrae on the left side. I removed a bit more of the laminae and there was the missile lying comfortably outside the dura mater, indenting it slightly but leaving it intact. I lifted it out, asked for a basin, asked for silence in the room and then in my best Doc Adams fashion dropped it with a resounding “clang” into the metal basin; irrigated and closed the wound. As I said before this man could have been shot on an hourly basis for the rest of his life and not experienced such a wound as this.

I went to the waiting room where father, brothers and Jezebel were waiting. Jezebel off to one side. I told them we had accomplished what we set out to do and their son (brother) was waking up and moving well. Barring any additional problems such as infection, I thought we could rest easy. They all shook my hand, expressed their thanks and Jezebel looked visibly relieved.

My patient had an uneventful postoperative course and was discharged from the hospital four days later. When he returned for his follow up visit and suture removal he was alone, sober and expressed his gratitude for my care of him.