Stem cell therapy has generated a great deal of excitement in the field of neurology, especially as applied to stroke; cell therapy is the preferred term as the cells used do not meet the strict definition of stem cells. Since 2003, investigators in the Department of Neurology at Augusta University, have been developing multipotent adult progenitor cells (MAPC) for acute stroke therapy. In 2004, we started collaborating with Athersys Inc., a biotechnology company based in Cleveland, Ohio, on MAPC. Athersys had licensed MAPC from Catherine Verfaillie, a Belgian research hemaotologist, who was working at the University of Minnesota at the time; their proprietary product was called MultiStemR.

A team comprised of three members: two at Augusta University – James Carroll, Chief of Pediatric Neurology and David C. Hess, former Chair of Neurology, current Dean of the Medical School, as well as Cesar Borlongon Ph.D., now at the University of South Florida- received coveted U grant funding from the NIH/NINDS to develop and apply MultiStem as a therapy for acute ischemic stroke. They found that delivering these cells intravenously 24 hours post stroke provided ideal efficacy. 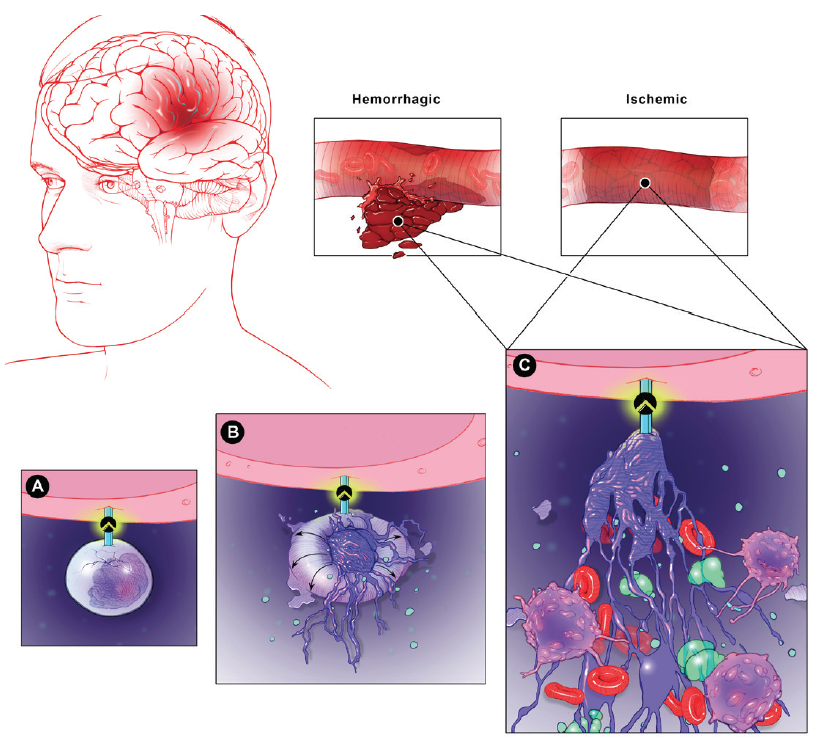 Interestingly, the team learned that the major mechanism of action was immunomodulatory and that entry to the brain was not critical, with the spleen and lymph system being the targeted organs. Increasingly, the immune system is shown to play a major role in the sequelae of stroke with reactivity resulting in tissue injury after a stroke and the following immunodepression predisposing to bacterial infections. Targeting of immunomodulatory organs is a shared mechanism of action among stem cell populations, be they bone marrow, hematopoietic or umbilical cord stem cells. Underscoring this, animals without spleens have not shown benefit from MultiStem after ischemic stroke.

Drs. Hess, Borlongon and Carroll share a patent with Athersys on the use of MultiStem in neurological disease. Athersys, with our support, obtained Investigational New Drug status from the FDA for MulitStem. We assembled a Clinical Advisory Group to design a clinical trial and began the MultiStem in Acute Stroke to Enhance Recovery Study (MASTERS) clinical trial in 2013. This was a phase 2, multicenter, double-blind, randomized, placebo-controlled trial with a dose escalation phase that took place at 33 sites in the US and the UK with David C. Hess serving as the clinical Principal Investigator. The main results were published in this year’s March online issue of Lancet Neurology. 1

Overall, MultiStem was found to be both safe and well tolerated. While the primary outcome of Global Stroke Recovery at 90 days did not show a significant difference between the MultiStem and placebo groups, “excellent outcome” as defined by a modified Rankin score of 0 or 1 was significantly improved with MultiStem at one year and there was a strong trend at three months. In post hoc analyses, subjects treated within the 24 to 36 hour time window showed strong or significant trends in a number of secondary outcomes suggesting that this time window was optimal. The MultiStem group also had fewer infections and shorter hospitalizations. It should be noted that 24-36 hours was the original time target and that expansion of the window occurred in order to increase recruitment at certain sites where cell processing facilities had limited hours of operation.

These promising results have prompted an ongoing as well as a planned multicenter, randomized, double-blind trial of MultiStem in stroke. Both trials have a time window for infusion of 18 to 36 hours after ischemic stroke. One trial is ongoing in Japan and the other trial, which will begin in the fall of 2017, will include 300 subjects from North America and Europe and Dr. Hess will once more serve as one of the lead clinical investigators. This trial underwent a Special Protocol Assessment with the U.S. FDA.

It is an exciting time for Cell Therapy in stroke. On May 6-7, 2017 the Stem Cell as an Emerging Paradigm for Stroke (STEPS 4) meeting was held in Washington, D.C. Attendees included representatives from the FDA, NIH, academia, and industry. The MultiStem trial was reviewed as well as two, small open-label, non-randomized, single arm trials of neural stem cells using the CTX line of ReNeuron as well as neutralized mesenchymal stem cells as part of the SB623 trial held by SanBio. 2, 3 Both these trials demonstrate the safety and feasibility of stereotactic implantation of neural stem cells or neutralized bone marrow cell into an area of “chronic stroke,” chronic being defined as more than six months after initial stroke. Dr. Hess summarized what was learned from the three trials and the group worked to develop guidelines to move the field forward. Also in attendance was our collaborator from the University of Georgia, Franklin West Ph.D. A UGA-MCG team has developed a porcine stroke model and has NIH funding to investigate the use of induced pluripotent stem cells (iPS) and neural progenitor cells (iPS-NP) implanted into an area of stroke. We feel this may be an optimal approach to “chronic stroke” and opens up the potential to use autologous transplantation in stroke patients, i.e. iPS-NP derived from a patient’s own skin cells. This will be the subject of a future newsletter. 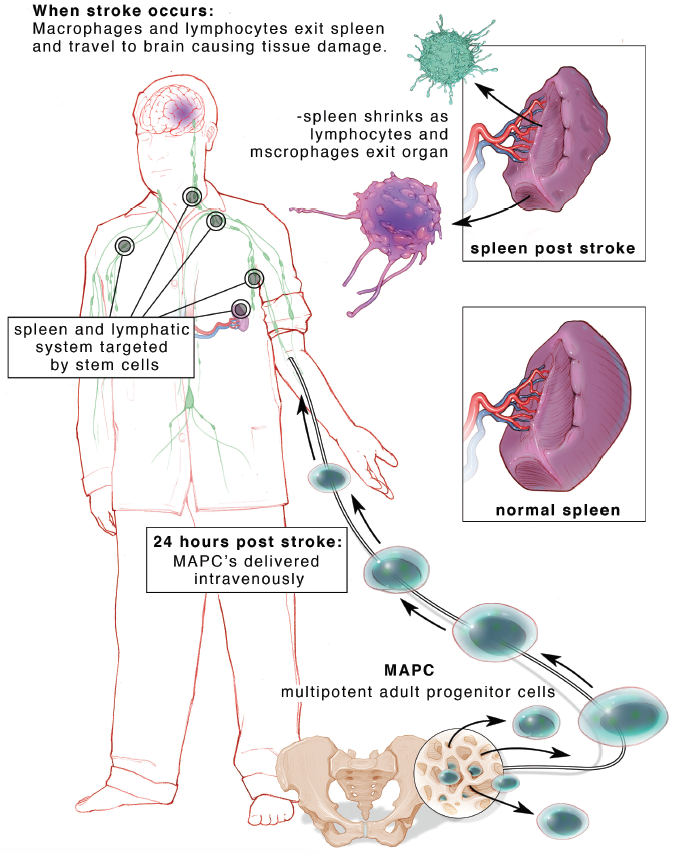