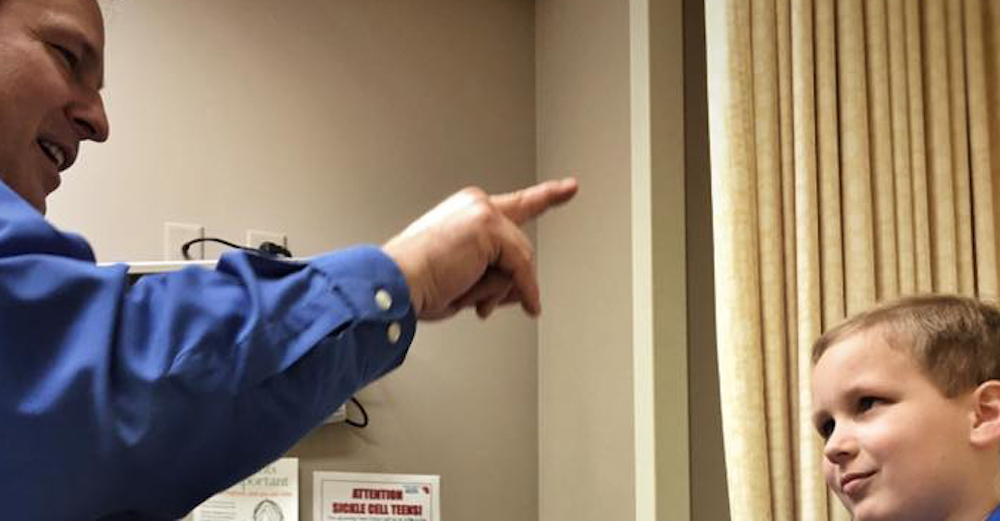 The brain stem lies between the spinal cord and the brain, a complex area that serves as the master switchboard for sensation and motor function.

When childhood brain stem gliomas form, they are difficult, if not impossible to treat, particularly if children are diagnosed with diffuse intrinsic pontine glioma or DIPG, which is fast growing and can rapidly spread throughout the brain stem. The prognosis for children with DIPG is grim: “Only about 10 to 20 percent of children are alive at 12 months after diagnosis, and with very rare exceptions, children don’t survive to two years,” said Dr. Ted Johnson, a pediatric hematologist/ oncologist at the Children’s Hospital of Georgia and co-creator of the Pediatric Immunotherapy Program at the Georgia Cancer Center.

Couple that with the fact that when compared with adult cancers, very few clinical trials for childhood cancers exist, which means that many of the most cutting-edge therapies for cancer may not make it to children for a decade or longer after being approved in adults. Relapsed brain cancer in particular is a challenge since children with the disease can be too fragile for any type of aggressive therapy.

“It’s an underserved field scientifically,” said Johnson, but it’s why he and his team have focused their research on treating children with brain cancer.

Johnson was an MD/PhD student at the Medical College of Georgia when he began working with mentors Dr. David Munn and Dr. Andrew Mellor, who discovered an important link between the enzyme IDO, which protects a fetus from being attacked by the mother’s immune system during pregnancy, and cancer: Tumors use IDO as well to hide from the immune system.

Munn and Mellor developed a drug that blocks the IDO pathway, and when Johnson was recruited back to MCG after completing a clinical fellowship in pediatric oncology at Cincinnati Children’s Hospital, it was to continue that work. Johnson is currently offering the only pediatric clinical trial in the nation using the drug Indoximod for children with brain cancer, and he recently extended the trial to include children with DIPG.

The work has been recognized by grants from multiple national organizations, including a recent gift of $53,000 from long-time supporter Alex’s Lemonade Stand Foundation and $100,000 from Cannonball Kids’ Cancer Foundation to hire a second clinical trials nurse.

“For families, it’s a very scary place to be when doctors say to you that your child has cancer,” said Johnson. “Our long-term plans are to study how well this drug works for kids with other types of cancer, including solid tumors outside the brain and leukemia.”

The Medical College of Georgia is conducting a fundraising campaign to help significantly increase the number of children who could have access to this trial. To learn more, contact Eileen Brandon at 706-825-4779 or ebrandon@augusta.edu. To learn about enrolling in the trial, contact Robin Dobbins, RN, at 706-721-2154.