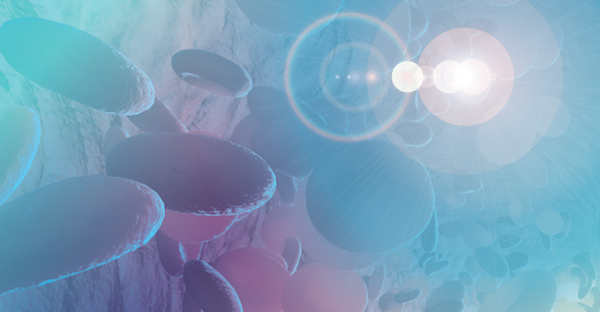 The impact of scientific research on the practice of cardiology is stunning. For example, the recognition of the role of blood clot formation in heart attacks has led to the use of aspirin and other blood-thinning agents to prevent heart damage, while the discovery of the key enzyme involved in cholesterol production paved the way for the development of powerful medicines that lower cholesterol levels and reduce the burden of coronary artery disease. Clearly, patients with heart disease are living longer and better than ever because of these discoveries.

Nevertheless, heart disease remains the No. 1 killer of men and women in the United States. This is why researchers in the Division of Cardiology at the Medical College of Georgia (MCG) are redoubling their efforts to make breakthrough discoveries in order to conquer heart disease once and for all. Over the past several years, we have established a strong program in basic cardiovascular research within the Vascular Biology Center (VBC), a multidisciplinary center that houses an internationally recognized team of experts with the skills and know-how to tackle the most complex problems facing cardiovascular scientists and clinicians today. The VBC brings us all together with the common purpose of understanding how cardiovascular disease develops and identifying new and better treatments for our patients.

Over the past several decades, the United States has seen an alarming trend in the prevalence of obesity. Being obese or overweight is now the second-leading cause of preventable death in the United States, close behind tobacco use. The majority of the 300,000 deaths per year attributable to the obesity epidemic in the U.S. are caused by cardiovascular disease. And the southeastern U.S. is a literal “hotbed” of obesity, with more than 65 percent of Georgians considered to be obese or overweight.

Efforts to treat obesity through improvements in dietary and exercise habits have largely failed, emphasizing the need to untangle the linkages between obesity and cardiovascular disease in order to develop effective treatment strategies. For this reason, the Division of Cardiology at MCG developed a robust research program focused on the prime culprit in obesity: the fat cells, themselves. Clinicians have recognized for some time that not all obese patients are alike; in fact, their risk of developing disease seems to correspond to the pattern of fat tissue expansion.

For example, fat tissue expansion in the buttocks (“pear shape”) is much healthier than expansion in the waist area (“apple shape”), the latter being strongly associated with cardiovascular disease risk. In addition, patients and clinicians alike recognize that once fat tissue builds up, it is very difficult to lose and keep off. It is almost as if the body develops a memory of exactly how much fat mass has accumulated and seeks to maintain it despite our best efforts. Our lab has been hot on the trail of solving these and other mysteries of obesity-related cardiovascular disease. 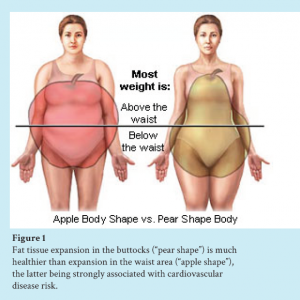 In collaboration with our surgical colleagues, we have discovered a gene, termed HDAC9, that is expressed in fat cells and appears to be a prime candidate and a potential target for treatment of obesity. Fueled by a recent $1.8 million grant from the National Institutes of Health (NIH), we are working in earnest to unravel the links between HDAC9 and cardiovascular disease, which appear to be far more complex and significant than we originally envisioned.

For example, it turns out that HDAC9 is also expressed in blood vessels and is implicated in thoracic aortic aneurysm disease, a condition that causes up to 10,000 deaths annually in the U.S., typically striking down healthy people in the prime of their lives. Because of our expertise and unique capabilities to study HDAC9 and a longstanding track record of research in aneurysm disease, our laboratory is assisting researchers at Harvard University to determine how HDAC9 is involved in thoracic aortic aneurysm and other diseases of the aorta.

Once the heart is damaged due to heart attack, infection, etc., it tends to become progressively weaker over time, leading to a condition known as congestive heart failure (CHF). The prognosis of CHF is dismal: nearly half of the patients with this disorder will die within five years of the initial diagnosis. Although advances in medical therapy and support devices have helped, we desperately need newer approaches to help the heart heal itself. Researchers have known for some time that the heart contains stem cells that foster its growth and development but become depleted in injured heart tissue and cannot promote repair. Implanting stem cells into the hearts of patients with CHF has shown promise in early clinical trials, but much more research is needed to optimize this form of therapy.

The Cardiology Division at MCG has a powerful stem cell research group, headed by Dr. Yaoliang Tang, whose mission is to unlock the secrets of stem cells and develop newer, better therapeutic approaches. His research is focusing on how stem cells talk to each other via a molecular pathway known as Notch signaling and how to “rewire” aging stem cells to improve their function via manipulating an enzyme called EZH2. Tang has recently been awarded two NIH R01 grants worth nearly $4.5 million to conduct this important research. Notably, his collaborators include Dr. Adam Berman, who heads up the innovative clinical trials of stem cell therapy in patients with CHF. The integration of basic science and clinical research is sure to help advance patient care and improve outcomes in the future for patients with CHF.

All this is happening right here at Augusta University. We are proud that our research program serves as an inspiration for advancing patient care and a platform for training the next generation of physicians and scientists. We greatly appreciate your support in standing with us as we strive to achieve even greater success in the future.