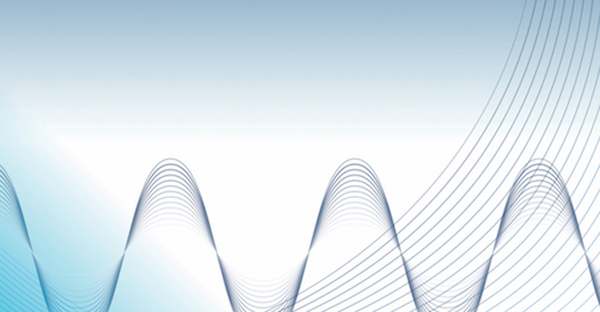 Case Presentation – A 46-year-old female presented to a local otolaryngologist with complaints of left ear fullness and decreased hearing. Her otolaryngologist noted fluid in the middle ear space on the left side only. She had no history of otitis media or significant allergies. Nasal endoscopy was performed, which revealed a large, smooth, submucosal mass of the left nasopharynx obstructing the Eustachian tube. A biopsy was performed under anesthesia, which was described as a “basaloid neoplasm” by the pathologist. She was referred to the Head and Neck Multidisciplinary Tumor Board at Augusta University for further evaluation and management.

Figures 1 and 2 are axial and sagittal MRI images demonstrating an enhancing, submucosal tumor 3 x 3 x 4 cm in size, medial to the internal carotid artery and abutting the medial pterygoid muscle, with erosion of the floor of the sphenoid sinus. Enhancement of the descending palatine and vidian nerves was noted on imaging. The head and neck pathologist reviewed the outside biopsy, and the diagnosis of adenoid cystic carcinoma, cribriform pattern, stage T3N0M0 was made.

The patient was taken to the operating room in November 2015 for endoscopic resection. A right-sided nasoseptal flap was raised due to planned sacrifice of the left nasoseptal artery during the transpterygoid approach. Wide bilateral sphenoidotomies and a small posterior septectomy were made to allow for visualization and four-handed dissection by two surgeons. A left-sided medial maxillectomy was performed prior to entering the pterygopalatine fossa, where the descending palatine and vidian nerves (Figure 3) were biopsied by frozen section. The pterygoid plates were drilled to allow for entrance into the infratemporal fossa, and the vidian canal and sphenoid floor were drilled posteriorly to the cartilage of the foramen lacerum.

After bone removal was adequate, tumor debulking was performed to facilitate manipulation. The tumor was removed with a margin of prevertebral musculature off the lower clivus posteriorly, and dissection was taken laterally through the palatal musculature to the medial pterygoid muscle. After V3 was identified in the infratemporal fossa, the internal carotid artery was localized with a Doppler probe. Using these landmarks, the tumor was dissected free laterally and superiorly. Transorally, the soft palate was elevated into the nasopharynx, allowing resection of the involved portions. The nasoseptal flap was rotated over the defect and secured with nasal packing (Figure 4).

Final pathology demonstrated a mixed cribriform and solid pattern with high-grade features and necrosis (Figure 5). The distal vidian nerve was positive for perineural invasion, but a more proximal sample at the foramen lacerum was negative. She was treated with postoperative intensity-modulated radiotherapy and is currently alive without evidence of disease at nine months post-treatment.

Discussion – Adenoid cystic carcinoma (ACC) accounts for 3 to 5 percent of all head and neck malignancies, arising most frequently in minor salivary glands. It is the third most common sinonasal malignancy overall, following squamous cell carcinoma and adenocarcinoma. Within the sinonasal tract, 47-60 percent arise from the maxillary sinus and 25-30 percent from the nasal cavity.1,2 ACC of the nasopharynx is very rare, making up less than 0.5 percent of nasopharyngeal cancers and with fewer than 100 cases reported in the literature.3

ADENOID CYSTIC CARCINOMA OF THE NASOPHARYNX: AN INTERESTING CASE

Histologically, cribriform (most common) and tubular patterns exhibit low-grade features, and the solid, high-grade pattern confers a worse prognosis. Perineural invasion is common in adenoid cystic carcinoma and should be assessed preoperatively by thin-section, contrasted MRI. Approximately 60 percent of skull base ACC have been reported to exhibit perineural spread.4 Nevertheless, the role of perineural spread on survival is still debated, as some studies have demonstrated that perineural invasion is not associated with outcome.5,6 When possible, however, large nerves in the area should be biopsied and cleared by frozen section extradurally to theoretically prevent spread to the central nervous system.

Surgery followed by postoperative radiation is the treatment of choice for adenoid cystic carcinoma of the skull base. Complete resection with negative margins, when possible, is associated with better outcome. A recent meta-analysis of skull base ACC concluded that positive or close tumor margins and tumor located in the ethmoid or sphenoid sinuses were significant predictors of poor outcome.6 Surgical approach, endoscopic vs. open, must be selected according to patient tumor location in relation to neurovascular structures. Although no study has directly compared approaches, the endoscopic approach to the anterior cranial base appears to produce acceptable oncologic outcomes in appropriately selected patients.7

Intensity-modulated radiotherapy is the most frequently used modality postoperatively, although there may be a role for stereotactic radiosurgery or proton radiation in some cases.8 There is no clear benefit to chemotherapy in the treatment of ACC, as in other salivary malignancies. Regional lymphatic metastases are rare, and therefore, elective neck dissection is not warranted. However, hematogenous spread can be seen in up to 30-40 percent of cases to the lungs and long bones and may occur even after 10 years. With aggressive, multidisciplinary treatment, five- and 10-year overall survival may be as high as 78 percent and 50 percent, respectively, although a significant number of these patients will be alive with disease.9 Local recurrences and isolated metastases may be re-resected endoscopically and/or treated with stereotactic radiosurgery.

In this patient, early diagnosis allowed for complete endoscopic resection with negative margins. As in other sinonasal and nasopharyngeal tumors, symptoms may be vague and lead to advanced stage at the time of diagnosis. In this case, the referring otolaryngologist performed nasopharyngoscopy due to the unilateral middle ear effusion, leading to diagnosis of the tumor. The correct diagnosis of ACC by the pathologist, rather than nasopharyngeal carcinoma, was particularly important in selecting appropriate treatment for this patient. Undifferentiated nasopharyngeal carcinoma, which may look similar to the solid pattern of ACC in a limited biopsy, is primarily treated with radiation or concurrent chemoradiation, which is not an effective treatment for adenoid cystic carcinoma.