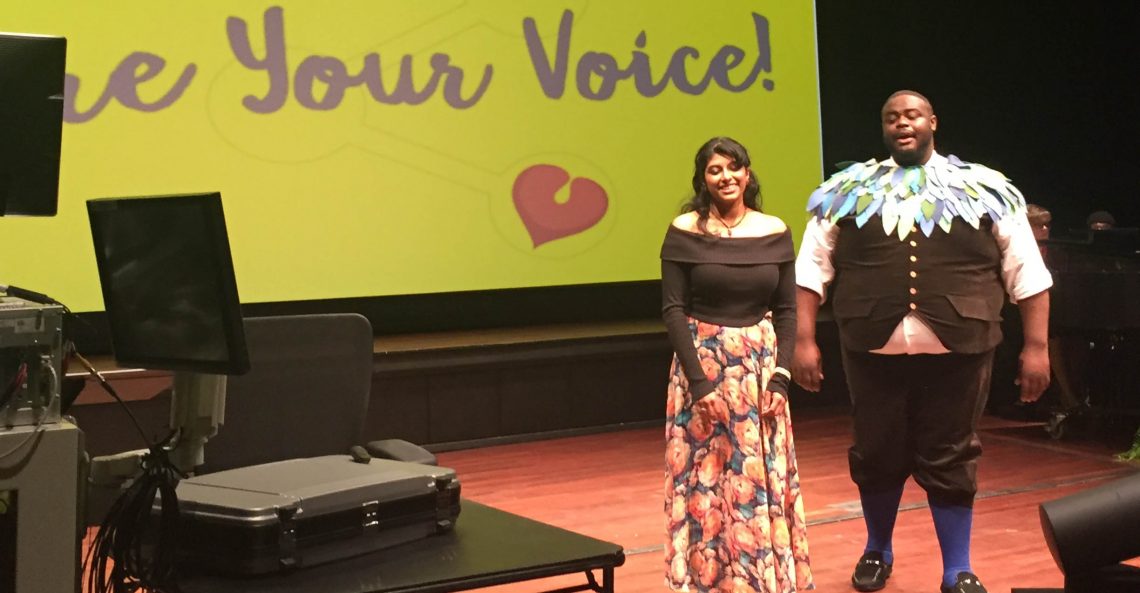 Since its inception in 2002 in Brazil to call attention to hoarseness as a presenting symptom of laryngeal cancer, World Voice Day has grown dramatically. World Voice Day is now celebrated in countries on every continent and has drawn great attention to the voice and its importance to our quality of life and as a measure of overall wellness. World Voice Day this year was called “Share Your Voice” and activities were held at Augusta University on April 14, 2017.

Tonya Currier, the Director of Augusta University’s Opera Program, organized this year’s activities. These included several performances from The Marriage of Figaro as well as Man of La Mancha, and Les Miserable by various students at Augusta University. Lauren Enloe, MS, CCC-SLP, the lead voice Speech-Language Pathologist at the Medical College of Georgia at AU, gave an inspiring talk on the need for speech therapy in singers (figure 1).

It would be difficult to pick the best singing performance, but the duet from Mozart’s The Magic Flute by Daon Drisdom and Raji Venkat was simply outstanding (figure 2). The keynote speaker was Dr. Gregory Postma, Director of the Voice, Airway, and Swallowing Center at MCG. Dr. Postma spoke on the anatomy of the voice as well as professional voice. The talks were filled with many videos demonstrating various singers as well as different types of vocal pathology. The highlight of these talks was a live laryngeal examination of Mr. Drisdom while he was speaking and singing. This year’s World Voice Day once again called attention to the importance of voice and voice care and the pleasure it can give performers and listeners when the human voice is used in singing performances. We hope you will join us next year as we celebrate World Voice Day.